For Speaking and Writing inquiries 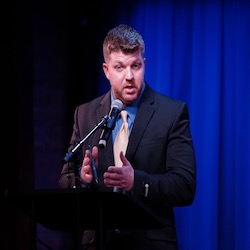 Daniel Albert (Danny) Sjursen is just another exasperating, insufferable, self-centered Leo with a minor Messiah complex, born on August 5, 1983. He grew up in the Midland Beach section of Staten Island, the sort of neighborhood where half the streets are named for firemen and cops killed on 9/11 and more guys went to prison than college. That said, it was a great childhood on a block replete with countless kids ready to play stickball, street hockey, touch football, or kick-the-can. After doing his best Good Will Hunting impression in New York City public schools - combined with his deep-seated toxically masculine patriotism - he found his way to West Point in July 2001.

A solid student, he graduated in the top 10% of his class, earned the Superintendent’s Award, and never received a demerit or walked a disciplinary tour. This, he credits to having never been caught in his many transgressions - an ancillary benefit of a Staten Island upbringing. Danny (he has a penchant for the third-person) chose the armor branch - specifically the cavalry - within the regular army, and upon graduation in May 2005 headed to Fort Knox, KY for advanced training. After failing to figure out a way to rob the nation’s gold reserves at that locale, he resigned himself to his next assignment as a scout platoon leader in B Troop, 3rd Squadron, 61st Cavalry, 2nd Brigade, 2nd Infantry Division at Fort Carson, CO. He deployed from there to Baghdad, Iraq from October 2006 to December 31, 2007, and commanded his platoon there before taking the reigns as the Troop Executive Officer (XO).

Soon after redeployment, he was promoted to captain and moved back to Fort Knox, KY for advanced training. While there, Danny’s son - Alexander James Michael (AJ) - named after the three young men he lost in Iraq, was born. Captain Sjursen was then assigned to the 4th Squadron, 4th Cavalry Regiment, 1st Brigade, 1st Infantry Division at Fort Riley, KS. There, he toiled hard for nearly two years as an operations officer under the tutelage of his phenomenal commander, mentor, and later friend, the now General Matt Vanwagenen.

After the departure of then Lieutenant Colonel “V,” Danny took command of B Troop and unhappily worked for his new sociopath of a commander (who shall remain nameless). He took B Troop to the Arghandab Valley in Kandahar Province, Afghanistan from February 2011 - January 2012. It was such a lovely locale that he seriously considered buying into a timeshare there, but thought better of it after a rocket-propelled-grenade blew him over a stone wall on his first patrol. In Afghanistan, he handed out (wasted) millions in taxpayer dollars to the medieval locals, endured a near siege from the neighborhood “Terry”-the-Taliban, and lied/obfuscated to his superiors in order to escape with as many of his boys’ lives and limbs intact as possible. At that he mostly failed. So it goes…

Upon return, Danny received the plum assignment to go back and teach (indoctrinate) history to cadets at West Point. It was, all kidding aside, the job of his dreams and the joy of his professional life. Prior to joining the faculty, he earned a Master’s degree at the University of Kansas, where he fell in love with the hipster-hippie enclave of Lawrence, KS. While in grad school, he fell apart mentally, finally agreed to see a shrink, yet - against all odds - accidentally wrote his memoir/policy analysis of the Iraq War: Ghostriders of Baghdad. It’s on Amazon and everything: he’s kind of a big deal! Then, at West Point, Danny taught American and Civil Rights (naturally, given his complexion) History to freshmen (plebes). Oh, and the army even promoted him to major.

Pried from his office by the proverbial jaws of life, Danny was next sent back to his adopted state of Kansas for a rather mundane assignment at Fort Leavenworth. Eschewing the a bit too “real Kansas” nature of the area, he moved back to lovely Lawrence, KS and braved the 45 minute commute, specifically the horror of the byzantine traffic lights along K-7. Somewhere in there his second son, Samuel, was born. His beautiful red hair, bright blue eyes, and chubby cheeks, make him arguably the cutest baby of all time. Danny does not, however, seek to be the one to someday tell young Sam that these very features will one day be horribly unattractive to adult women.

In February 2019, after a final ignominious career-ending assignment for inpatient PTSD rehab in Arizona, the army decided it had inflicted quite enough emotional damage on Danny Boy, and allowed him to retire a bit early. Danny found this just dandy! Pulling a pension at age 35? #Winning.

After a brief attempt to physically fight two local law enforcement officers (long story) - which ended predictably poorly - in one his less admirable (but wholly in character) anti-authority moments, Danny then settled down in Lawrence, KS. There he cultivated his macabre version of a Brady Bunch family, sticking around the Midwest (instead of his desired flight back to the big city) to be with his two sons, and lovely ex-wives, both of whom rather oddly also settled in the same town. It seems that even in divorce, the sheer magnetic pull of Danny’s female-attracting charisma best resembles a tractor-beam.

Now a full time author/columnist/think-tanker/public-speaker/podcast host, Danny toils away in his offices (coffee shops and bars) all day until it is time to grab Sam from daycare and AJ from elementary school. Then he switches hats - a key aspect of his “double-life” - and practices some immersive adulting. The toddler is, at time of writing, still alive; and the 11-year-old has yet to fail out of 5th grade, so…basically everything is going fine on that front.

As for all the professional, look-at-me, resume crap: Danny Sjursen is a retired US Army officer, and regular contributor to Antiwar.com and Truthdig.com. His work has appeared in the LA Times, NY Times, The Nation, HuffPost, The Hill, Salon, BuzzFeed News, Tom Dispatch, among other publications. He also does significant work, mainly policy and historical reports, for the Future of Freedom Foundation (FFF) think-tank. Danny was previously a distance fellow for the Defense Priorities think tank. He makes regular appearances on the Rick Sanchez show (RT), the Real News Network, Zero Hour with RJ Escow, and dozens of podcasts and nationwide radio stations. He is also the co-host of the Fortress on a Hill podcast.

He was recently chosen as the prestigious Lannan Foundation scholar in non-fiction for 2020. He is the author of a memoir and critical analysis of the Iraq War, Ghostriders of Baghdad: Soldiers, Civilians, and the Myth of the Surge. He has a forthcoming book on the history of the United States, and another, tentatively titled, Patriotic Dissent, set for release in late 2020. He is a member of several activist organizations, including Veterans for Peace and About Face: Veterans against the War. Follow him on Twitter at @SkepticalVet. He requires a lot of positive reinforcement in all the most shallow ways, so please follow him…pretty please!

As for ancillary interests: Danny is an avid sports fan, just like every other illogical American male. He lives and dies, ironically (given his antiwar pedigree), by Army Football - mainly because he is a masochist at heart. The Army-Navy game is his Christmas; that day is both his worst (rooting for Navy players to be paralyzed on the field) and finest (doling out excessive tips to waitresses that remind him of his mom’s years as a near-destitute bartender) hour of the year. After Army, he throws much weight behind Notre Dame, “Fighting Irish,” football. His New York Irish upbringing and prominent cheeks mandate this choice. Outside of that, he generally backs the usual slew of NYC teams: the Giants, Yankees, even the Brooklyn Nets. Secretly, he’s adopted the Kansas City faithful - the Royals and Chiefs.

Danny reads and writes for fun, in addition to his job, which is neither healthy nor recommended. In the High Middle Ages, he’d have likely served as a celibate, scholarly, monk in the monastery - which is odd since he’s basically agnostic. More paradoxically, his main side reading interest is Early Christianity, the Historical Jesus, and New Testament critical theory. As an aspiring guilty, white, liberal hipster (in everything but looks) he’s an avid fan of independent films, music, Vonnegut/Kerouac/Hemingway novels and World War I antiwar poetry. As a guy who, physically, most closely resembles a washed-up former frat boy he (un-ironically) adores the following rather “basic” items: cheesy romantic comedies, dark stand-up, ‘90s East Coast hip hop, bad karaoke, dive bar jukeboxes, St. Patrick’s Day, and late ‘80s power ballads.

Danny’s favorite film is Good Will Hunting, which he’s convinced is somewhat autobiographical (remember that Messiah complex thing?). His maternal grandmother - Mary Elizabeth O’Brien - taught him to support the Irish Republican Army (IRA); he still does, even though he knows better. He will argue to the grave that Audrey Hepburn was the most beautiful woman ever to have lived; he’s not kidding when he tells you he truly believes that Tina Fey would genuinely like and be attracted to him - that they might well be soulmates (delusion is his stock in trade). Danny secretly cried behind his 3D glasses during Toy Story 3, for fear his toddler son would notice…he’s a proud guy, sort of. All of the above is vital if one hopes to know this odd fella.

Through it all, and in spite of his desire to exude a veneer of mysterious and sophisticated cynicism, Danny’s a hopeless romantic and idealist. He’s genuine in his antiwar and progressive positions. You may say he’s a dreamer, but (hopefully) he’s not the only one: see he truly hopes for a world more closely resembling that portrayed in John Lennon’s “Imagine.” He adores Bobby Kennedy (in spite of his flaws) and owns a shirt stamped with Bobby’s plagiarized George Bernard Shaw quote, “There are those that look at things the way they are, and ask why? I dream of things that never were, and ask why not?” (He knows how naive this sounds…he doesn't care!)

At present he is twice divorced, and lives in a van down by….ok, he lives in a totally suitable apartment in affluent, hyper-Caucasian, West Lawrence, KS. He just likes to flaunt the long-standing poor-kid-chip-on-his-shoulder. Look, for now, Danny is alright…doing his best to change the world one verbose speech, loquacious article, and flippant interview soundbite at a time. One love, all; and, of course, Wu Tang Forever! 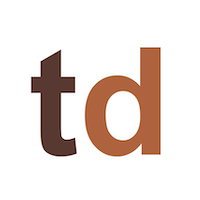 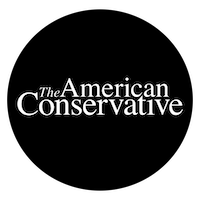 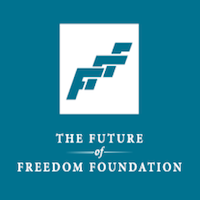 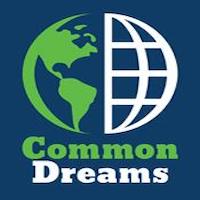 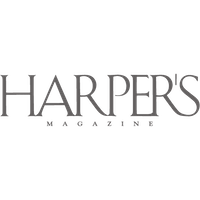 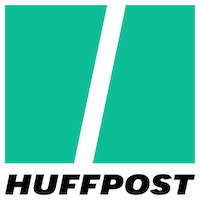 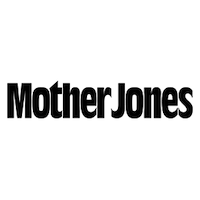 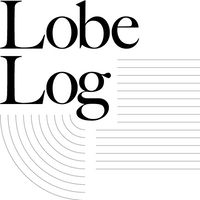 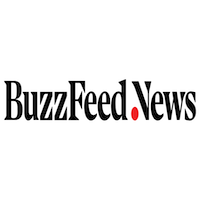 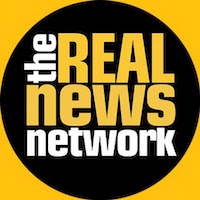 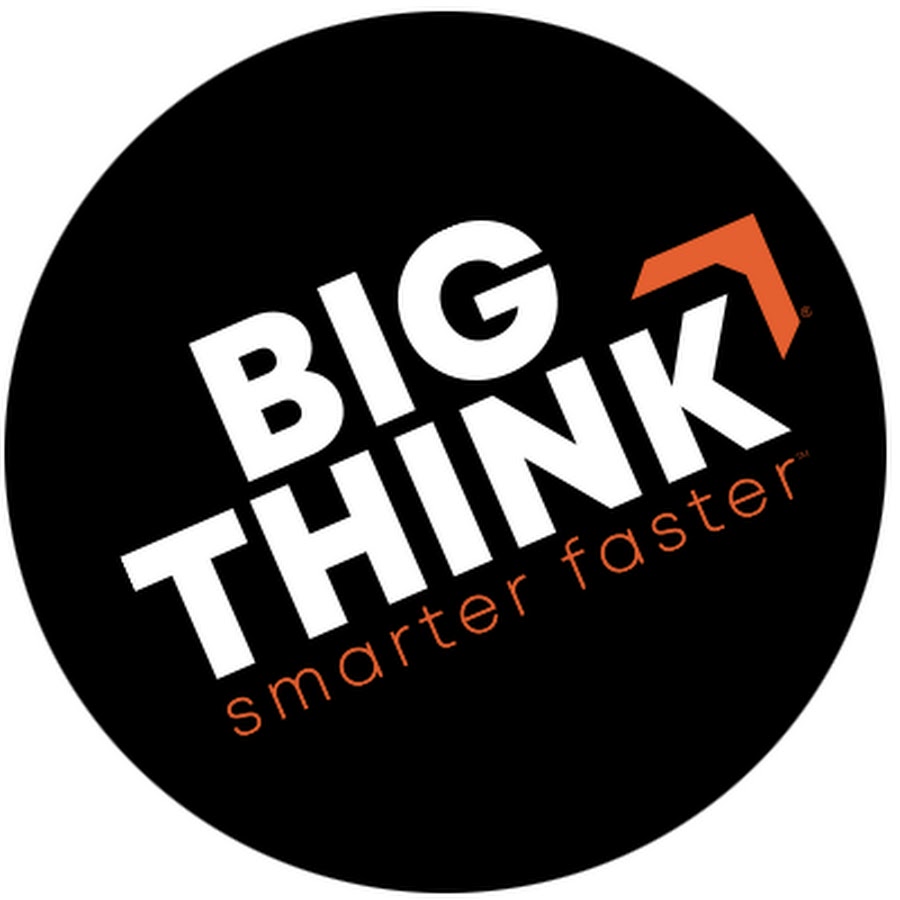 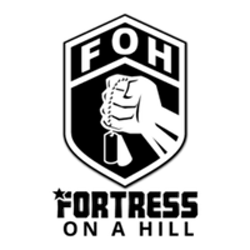